Now that spring is just around the corner in the Western world, it’s a great time to be buying and wearing rings of all kinds. Check out some Sterling Silver Puzzle Rings at Bonanza 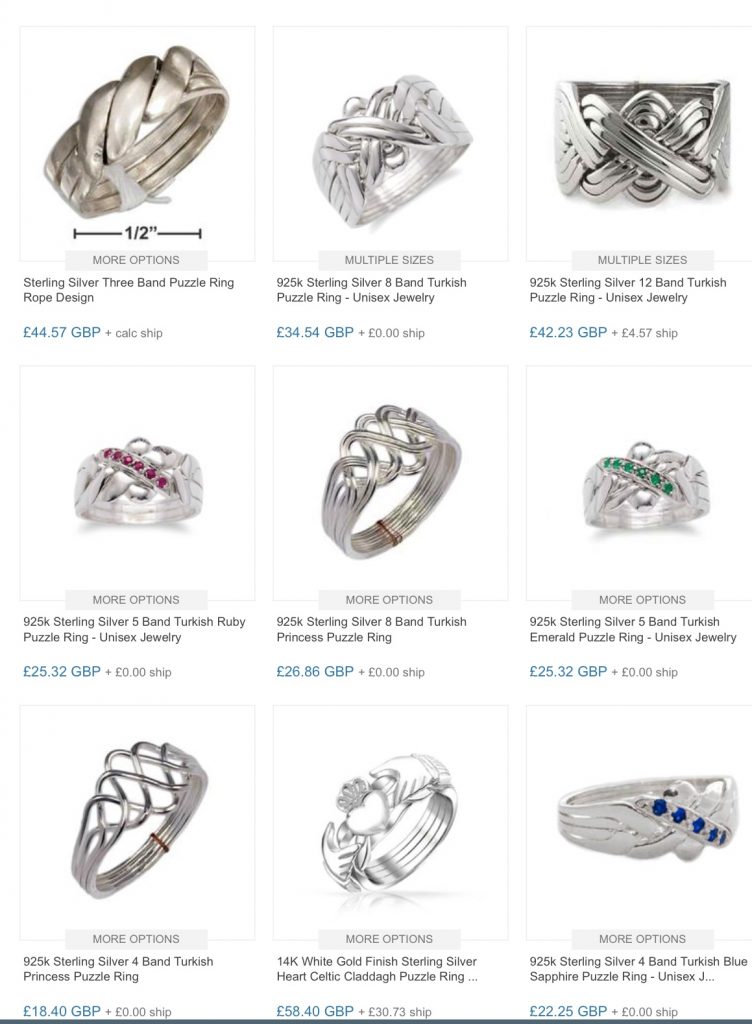 What is a puzzle ring?

Typically a puzzle ring or Turkish Wedding Ring as it is often called, is a set of interconnecting rings which when joined together make up a decorative piece of jewellery. A puzzle ring can be constructed from a single piece of metal or made up from separate rings which are then joined to form the entire piece. Traditionally made up of four, six, eight or even twelve interconnecting rings in gold or silver they can be worn as a wedding ring or for any other purpose.

The origin and history of puzzle rings.

As mentioned above a puzzle ring is often referred to as a Turkish Wedding Ring This is due to a legend that states, the ring should be given as a wedding gift by a man to his wife. If the wife ever removed the ring it was assumed that she would not be able to reassemble it and the husband would then know that she had committed adultery.

Perhaps just a story and there are others believed by various cultures.

Some say that puzzle rings were invented in China 2000 years ago, others believe that the Ancient Egyptians were the first to create them.

In Sweden, these rings are worn by war veterans to signify the amount of  tours they have made.

The above stories are only legend and nobody really knows the true origin of puzzle rings. However they make a great gift, an interesting conversation piece and are suitable for just about everyone.